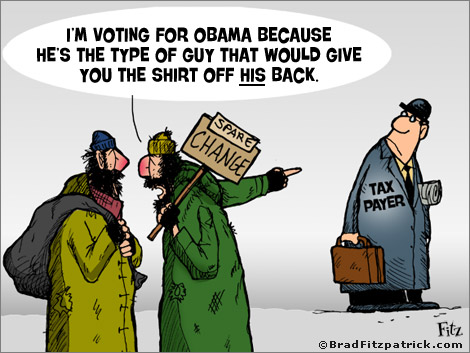 Barack Obama is the type of guy that would give you the shirt right off your neighbor’s back. No doubt about it.