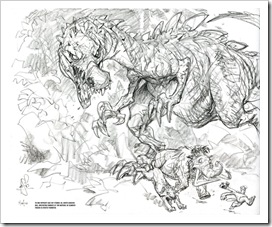 I’m happy to announce that a long time favorite of mine, master Illustrator and character designer Peter De Seve has started blogging!

I actually had an idea for a blog post a while back that would have been titled: “5 Illustrators I Wish Were Blogging” and Peter De Seve was at the top of that list. He’s just one of those artists that I can never get enough of. I want a new post from him EVERY DAY. :-)

A Sketchy Past, The Art of Peter de Sève

One Reply to “Illustrator Peter de Sève is Now Blogging!”