I’m glad I don’t have anything remotely close to being a help desk job.

That’s a pretty good sized diamond, I don’t think many gals would be thinking about a background check after seeing that rock… but the credit report is probably a smart idea.

Here’s an earlier cartoon from Blaugh.  Sometimes Chris is good enough to let me write a gag every now and again, this was one of those times.  I thought it also fit nicely with this week’s Illustration Friday topic: “Trouble.”   Hard to say who’s in more trouble here, the kid or the dad. I’m going with the dad.

Btw… did you know you can run automatically updating daily Blaugh cartoons on your website or blog? Check out our nifty little cartoon widget here… Comes in 5 convenient sizes!

As you may or may not know, I’ve been working on a project with Chris Pirillo for a few months now called “Blaugh: The Unofficial Comic of the Blogosphere.” Chris does most of the writing and I do the art, and we’re soley sponsored by GoDaddy. It’s a great little gig and it’s been a fun ride with very few, if any, bumps in the road… until yesterday.

Last week Chris emailed me Monday’s gag (which I loved):

Terrorist #1: “Did you bring the liquid explosives?”
Terrorist #2: “Nah, I just scored some Sony batteries from eBay.”

So as usual, I ran with it and by letting my cartoonist instincts take over I created the following cartoon:

Chris emailed me a little while later saying he was woried that it’s too offensive, can we racially neutralize the characters before publishing it? What was that?!? I was pretty stunned to be honest. Isn’t this what terrorists look like? His fear was offending “a sh*t load of people” and my fear was having our work censored.

So after some colorful back and forth IM discussion, and Chris running it by a few members of his crew, the decision was to compromise and put ski masks on the terrorists to diffuse any possible racially profiling interpertations. Here’s the edited version:

At first I thought it worked better due to the language slang used in the caption, like “nah” and “scored”... that’s something I can’t see an Islamist ever saying. But after sleeping on it, I like the original art better and think it’s a better cartoon than the the edited ski mask version if we just un-slanged the caption.

The original seems more real to me, am I really being culturally insensitive?? I don’t think so. Has this country gotten so concerned with political correctness that we have to worry about offending terrorists now? After all, I am caricaturing the people who bombed the stuffing out of us, right?

Does that mean I need to start worrying about all my other characters now? Should I not make african americans with fuller lips?  Should I be concerned about offending audience members with large noses? What about Geeky glasses? CEO’s? Stupid people? Smart People? Women? Kids? Spammers?  Prostitutes? Flight Attendants? Overweight people??

I don’t see any other cartoonists softening up their caricatures of terrorism. You’re always going to offend someone somewhere with something…  it’s inevitable, that’s just how it is in this world of “PC”.  I’ve never been a fan of trying to please everyone or tip-toeing around issues over-populated by the Unaware

I’m interested in your thoughts about this and would really like to hear your viewpoints so please, don’t let the terrorists win, take a moment to comment below.

And for the record, my sincere apologies to all those that might be offended by the above cartoons, skiiers and snowboarders included.

Now that my wife is reading this blog I feel compelled to post the following disclaimer:

All characters, names, and gags in cartoons located on this website are entirely fictitious and are not related in anyway with anyone in real life… living or dead, and any similarities are, and always will be, PURELY COINCIDENTAL. 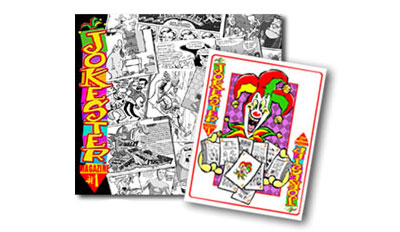 I’m honored to have had the opportunity to be a contributor to this new endeavor with a full feature spread of new “If The Shoe Fitz” cartoons. There’s a limited supply of advanced copies that I’ll be signing along with an original sketch that are available for purchase